On California Wine Country today, Dan Berger is back from 3 weeks in New Zealand. Barry Herbst from Bottle Barn is also in, with Steve Jaxon. In New Zealand it is the end of their Summer. They had warm weather and a really early harvest. The whole situation in New Zealand has changed, in terms of wine. Dan has visited there 10 times in the last several years and has followed their growth.  Dan shipped about 4 cases of wine back but it is still “on the waters” and will be delivered later. The cold climate in New Zealand allows for crisp white wines. They leave a little sugar to make them appealing, not sweet but to balance the acidity. So today Barry Herbst has brought several Chardonnays for tasting.

First is a 2016 Stonestreet Bear Point Vineyard Chardonnay, from Alexander Valley. Normally Dan says you wouldn’t do a second Malolactic fermentation to cut the higher acidity that you don’t get much in Alexander Valley. But here they harvested early enough so it has a lot of acid. It emulates the New Zealand style. It’s broad and rich, soft and silky, but not lacking in acidity. Stonestreet is a Jackson family project 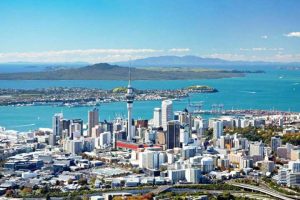 Dan has brought his slide projector, which has a cooling fan, that’s the whirr we can hear in the background. Dan’s slide show on the radio [from 7:00 to 14:18] is a world exclusive! There are views from the 53rd floor of the hotel in Auckland and views from the air. They also see a vineyard called Mount Difficulty due to its hard ground, and lots of other views.

After that they taste one Sauvignon Blanc from New Zealand, which was Dan Berger’s wine of the week, a 2017 Greywacke. It’s one of the great wines he’s ever taste. It tastes like Sauvignon Blanc at first but the aftertaste is like Chardonnay. Greywacke is the name of the soil in the region where this grows. Kevin Judd, their winemaker, has pioneered this style. Marlborough is the district outside of Auckland. It was put into old, used barrels and was put in “dirty” with all the lees and unfiltered materials in the barrels with the wine. So it’s wine in a sort of feral state. It needs 6 months or more for it to develop his character. Barry says it has a lot of texture.

They taste a 2005 Vayonne White Burgundy, from the Chablis region. They have chalky soil and the wines have high acid and age well. You’d guess it was 3-5 years old, but it has nuances in the aftertaste of an aged wine. Dan suggests smoked trout served with a slice of lemon and a glass of this good Chablis. Chablis in the US is a generic but in France it’s considered premiere quality. The Vayonne vineyard has a good reputation. The producer is Daniel Etienne Defaix, Chablis Premiere Cru Vayonne, Domaine du Vieux Château.

A Chardonnay from Lynmar Estates is next. The winery is located in the dead center of Russian River, near the Lagoon. (Dan had a bottle of their 1998 Syrah which was “really good.”) They have a garden with a pizza oven. It’s near Dehlinger, suggests Dan, if you’re making an itinerary.

This Lynmar Chardonnay tastes like a white burgundy or a Mersault, to Barry. Dan says it has plenty of acidity and is one that you would cellar for a few years. But you have to taste it to see if “it has the backbone to go the distance” as Barry says. The New Zealand style allows the wine to get “rich and lousy” says Dan, a funky, feral smell. It tells you if the wine is serious.

Barry Herbst is headed to France for a few weeks. He will be touring the Boisset family properties. They have many properties in France as they have in California. All are invited to sign up at the Bottle Barn website for their special offers on their new online store.  They pour on Fridays and Saturdays at the store. There will be a Zinfandel tasting in early April, tickets will sell out quickly at the website.

Dan Berger’s trip was part of an award won at Winesong last year, which is an annual charity event for the Mendocino Coast Hospital Foundation. 2019 Winesong is coming up next September, visit their website for more information.

Finally, Dan says that Cabernet Franc and Syrah will be coming from New Zealand. They are also producing new styles of Pinot Gris, Gewurtztraminer and Riesling, coming from New Zealand. Dan explains the dilemma of New Zealand producers which is that they have great acidity and they have to deal with it without making the wines too sweet. So the Greywacke style may become a hit once it’s better known. Canterbury district, north of Christchurch, will also be shipping more and more. 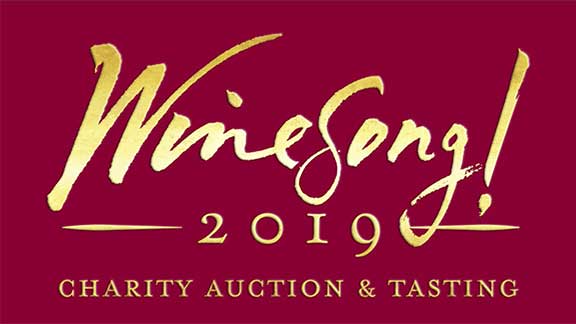