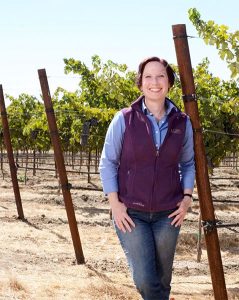 Dan Berger has brought a 2010 Morgan Sauvignon Blanc from Monterey. Dan Morgan Lee makes this wine, he likes the distinctive flavors of valley floor, green pepper, cilantro, parsley, all the green flavors. Dan finds it fascinating and reminisent of 70s and 80s style wines. In ‘95 or ‘97 we started seeing the New Zealand wines which taught us to appreciate the herbaceous flavors. Tom Simoneau would never guess it is as old as it is. Dan explains that its primary characteristics are green, herbaceous. Sauvignon Blanc is not like Chardonnay in any way, which is floral and has citrussy componenets. This is herbaceous. Kristen likes the aroma profile, there is a little dried lime on it with the sweet herbs, very Monterey County. The underripe grapefruit flavors are also part of this.

Steve Peck tells how Jerry Lohr planted his first vineyard in the Monterey Arroyo Seco in 1972 and the original winery is in San Jose. They have dedicated wineries, one in Monterey where Kristen makes Chardonnay. They started making Paso Robles Cabernet, which has become the variety that has made their reputation.

Dan says that the acidity carries the J Lohr Chardonnay. There are flaors of creme brulée banana peach. They’re about 20 miles south of Monterey. They pick at night. They have about 9 different clones of Chardonnay, which gives it its complexity. Dan says the mid pallette acidity carries a bit of under-ripe pineapple and with time, maybe 3 years from now, this wine is going to explode. Tom is getting pepper and oak together, maybe for the first time ever. Steve Peck describes the Riverstone Chardonnay that they are tasting. It is all barrel aged and also barrel fermented. It’s about 25% new American oak and malolactic fermentation. 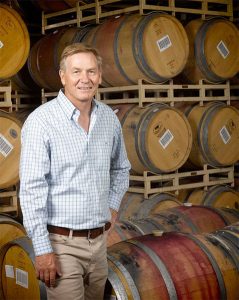 Some American cooperages made “too much easy money” in the whiskey barrel business, to concentrate and specialize in wine barrels. There are French cooperages opeating in the US with American oak and Steve likes to use them. Dan agrees.

The next Chardonnay is a 2019 Arroyo Vista Chardonnay, their reserve Chardonnay and an ode to Burgundy, as Kristen describes it.

There is another winemaker, Brendan Wood, who looks after their red wines, he has been with J Lohr for 17 years.

Dan Berger tells the story of when Jerry Lohr brought several of his winemakers to Australia in 2006, for the Australian technical winemaking conference and they were the only Americans visible there. Dan agrees Jerry was dedicated to quality. He donated to UC Davis and to the winery at Cal Poly San Luis Obispo.

They are proud to be part of the California Sustainable Winegrowing Alliance and to put the authenticity stamp on every bottle.

The 2018 Hilltop Cabernet Sauvignon is next. It’s a blend of three ranches in higher elevation spots and cooler spots, for Cabernet. There is a bit of Petit Verdot in it. Tom Simoneau notices a little herbal quality in it. Steve describes the intersecting of the flavor profiles in his blends. He recommends a splash decant, to get air onto it.