For this week’s California Wine Country podcast here is a repeat of our interview with Byron Kosuge from February 7, 2018. (Due to a live NBA game on home station KSRO in Santa Rosa, there is no new show this week.) 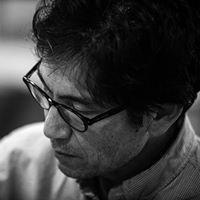 Today’s guest is Byron Kosuge who has been making wine for 30 years, but a lot of it was under the radar. He was with Saitsbury in Carneros, Napa Valley, but he didn’t get a lot of publicity. Byron says he liked being behind the scenes. He got into wine to make it, not sell it or represent it. He grew up in Davis and his dad was a professor there, though not in wine. He started as an English major but had an aptitude for chemistry and entered the wine program.

He makes his wine in Sebastopol, but does have one Carneros vineyard he works with. Dan points out that B Kosuge wines is a small brand and he makes small quantities. Typically small quantity producers charge a lot but he does not. He says it was important to him for his prices to seem fair on “the global stage.” His wines are available on his website and he has been sold at retail in Bottle Barn sometimes, when there is supply, since he makes so little of it.

Dan says of the Chardonnay that they are tasting, that it is delicate, fragrant, citrussy, blossomy. It’s not a sipping wine, it’s for having with food so its beautiful structure will work within that context.

About 2/3s of it is done in oak and some in a concrete egg, which Steve and Dan insist he explain. It’s a little tank, shaped like an egg. His interest in it is for properties associated with the egg shape, but he wanted it in concrete and not stainless steel. He wanted to ferment and age in the same tank, which he can’t do in stainless steel. He says the wine gets a little bit of oxygen so it develops more quickly as it would in stainless steel. The end result is a portion of the wine that is quite fresh and perfumed and bright, and another part that is rich, which has more oak, typical California Chardonnay, and they get put together. Steve says the result is very subtle. Dan says you start to salivate as soon as you taste it, “…it entices you with its little nuances.”

Byron Kosuge was the winemaker at Saintsbury. Dan notes that they never made ostentatious wines and he asks Byron Kosuge whether their style was already set when he started working there. He says the style was established since 1981 when he started in 1985. The founders were Burgundy lovers and that was their inspiration and their standard. They make Pinot Noir and Chardonnay, almost exclusively.

Dan suggests that this Chardonnay is an all-purpose wine and it will be even better in three or four years. Byron Kosuge says he does not necessarily set out to make a long-lived wine, but rather for it to be balanced, complete and refreshing. He thinks it’s a by-product of making wine that way, that it will also age well.

Next they taste a Gamay, which is typically used to make Gamay Beaujolais or Beaujolais Nouveau. That trivializes the variety, but this is Gamay Noir as it should be: serious, top drawer stuff. You don’t have to age it very much and it goes with everything. It can be chilled or served at room temperature.

Byron Kosuge does not have a tasting room, since he is a one man show, it would be hard for him to manage. He only makes about 1000 cases, which is his intention. “It’s human sized, one human, me,” he says. He doesn’t want to take on investors and grow, because it is his labor of love.