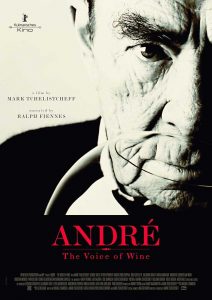 This episode was originally recorded on Wednesday, October 4, 2017. There is no new show today due to unforseen circumstances. . In this repeat episode, Ed and Adam Sbragia from Sbragia Family Vineyards and Mark Tchelistcheff join Steve Jaxon, co-host Dan Berger, Tom Simoneau and Barry Herbst.

Mark Tchelistcheff is the grand nephew of the great André Tchelistcheff, widely known as the godfather of wine in California. He has produced a documentary film about his great uncle, called André, The Voice of Wine, which will debut at the Mill Valley Film Festival next week (in October 2017, as this show was recorded).