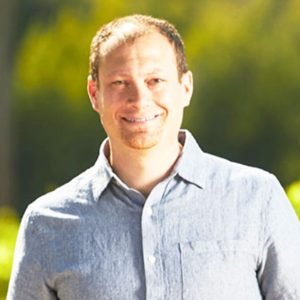 Tom Simoneau has brought two guests on to California Wine Country with Steve Jaxon and Dan Berger today from Rodney Strong Vineyards. They are Head of Winemaking Justin Seidenfeld and Director of Communication Chris O’Gorman.

Their story begins 55 years ago when a celebrated American dancer, Rodney Strong, retired to wine country after a career dancing on Broadway and in Paris. He was a famous dance prodigy from Washington state. He was asked to bring American dances to the Parisian audiences and he fell in love with wine when he lived in France.

When Rodney Strong planted the Chalk Hill vineyard in 1965 there were 300 acres of Chardonnay in California in 1965. Then he planted 100 acres of it and truly, the rest is history.

Tom Simoneau remembers when he first came to California in 1978 and was playing music at the time, he lived in Healdsburg and they had a big band house Fitz Mountain where they would rehearse. Then they would drive down to their tasting room and taste through everything. This is when he got into wine. Rodney Strong passed away about ten years ago but remained active at the winery into the 1990s even after the Kline family purchased the winery.

Wine Enthusiast’s American Winery of the Year in 2013. Justin Seidenfeld is only the third winemaker at Rodney Strong Winery, the first was Rodney Strong and the second was Rick Sayre.

First they taste a Rosé of Pinot Noir that Justin calls an “intentional” Rosé, meaning that these grapes were grown and harvested just for Rosé, earlier, like 20-21 brix. They have watermelon and strawberry components, jasmine, and lower alcohol. Dan Berger explains that some Rosés are made from juice bled off the red wine tank, which makes a stronger Rosé. This wine, on the other hand, is more like a white wine with a bit of color, more delicate and fragrant than other Rosés.

They have a new label which is part of their rejuvenation project. They have converted to screw caps which have a lot of advantages. They find that their consumers appreciate. Dan Berger explains that the kind of liner in the cap determines the OTR Oxygen Transfer Rate for the wine. They still use cork for the big reds though. “Comitted to Community since 1959” is their slogan. They have always supported the arts in Sonoma County. They are not going to do the big Summer concert series but they are working on a smaller scale Americana concert.

Next they taste the 2019 California Chardonnay which has evolved over the years. Now they are looking for cool climate vineyards, to get the tropical character, and the Sonoma County grapes compliment with their flavors, like green apple. Dan says it’s meant to be enjoyed immediately. Like the Rosé, Steve finds it unique. Tom says this one might take an award away from some more expensive Chards. It is creamy, rich and tangy.

Justin Seidenfeld declares his philosophy that, “The wine is made in the vineyard” and that if there is one term to define his wine, it is balance.

Tom Simoneau tells about a Cabernet Sauvignon he is making called True Love, that he and his wife Brenda picked and made.

They taste a 2019 Petaluma Gap Pinot Noir, from the newest AVA in Sonoma County. This AVA is truly distinguished by its climate. This is the most southernly vineyard in Sonoma County, on the top of a hill about 275 feet elevation.