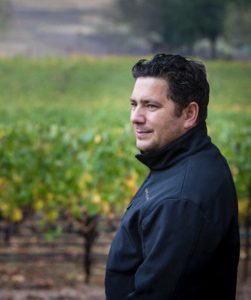 Karen Hart from North Bay Biz magazine joins Steve Jaxon today on California Wine Country, to talk about Danica Patrick’s new winery Somnium, which is the cover story in the May 2020 issue of the magazine, the Women in Business issue. Somnium means “dream” in Latin and the name represents Danica Patrick’s dream of having a winery.

Barry Herbst, the wine buyer at our sponsor Bottle Barn, speaks to Steve Jaxon about how Bottle Barn is operating with online ordering and pick-up, over these last several weeks of Coronavirus confinement. Check out the numerous online specials and sign up for their mailing list at their website for exclusive special offers.

Danica Patrick acquired the property in 2009 and planted the vineyard in 2011. Their first vintage was 2014 which was released in 2017, so the label has been out in the market for three years now.

Julien Fayard was born and raised in France and came to California in 2006, as a winemaker for different Napa Valley estate wineries. He says Somnium is a small estate but very “radical” in its exposure. This allows him to make Cabernet Sauvignon with a lot of structure and power. He goes on to say that it is fun to accompany Danica Patrick, as the owner, through a transition out of racing and into “being a farmer.” 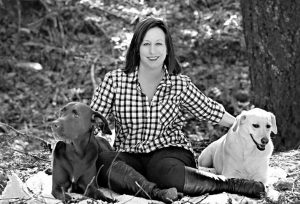 Julien describes the 2016 Cabernet Sauvignon that they are tasting, as a vintage with a lot of darkness, power and concentration. This comes from the estate being very hilly. So if you like big structured powerful Cabernet, this is it.

They also taste a 2019 Napa Valley Rosé, which Steve Jaxon says is, “…just gorgeous!” Julien says it is also made with estate-grown fruit. He grew up in Provence and on the south coast of France where he jokes the Rosé, “…is cheaper than water there.”

Tracy Smith tells about growing up in Napa Valley with wine being made all around her since childhood. This gave her some exposure to all aspects of the wine business and prepared her for her current role as the GM of the winery.

Other than the Cabernet Sauvignon and the Rosé, they make a little bit of Sauvignon Blanc but it’s barrel aged, so has a little more structure than usual. They will be developing their line in the next two or three years. Tracy says they have a great working relationship as a team of proprietor, GM and winemaker.