Greg Morthole visits California Wine Country with Steve Jaxon and Dan Berger today. Barry Herbst is back today too. Greg Morthole is a winemaker who first worked as a lab technician at Vinquiry in 1999. It’s an analytical lab for wine. Then he worked for Chalk Hill Winery before he joined Rodney Strong in 2005. Today he is the winemaker for Davis Bynum. He got to know wine better from the perspective of the wine lab, with his bachelor’s degree in Natural Sciences from University of Wyoming. 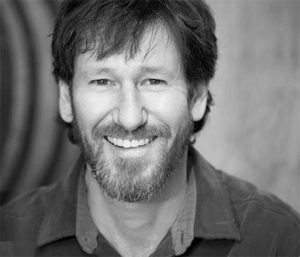 Dan Berger says that he is interested in what the Davis Bynum brand has been doing with Russian River Valley Pinot Noir. Raspberry, strawberry aromatics and forest floor are the common flavors that come from the cooler temperatures.

There are different characters that come from different areas that make up the Russian River Valley terroir. In the 2017 Bynum Pinot Noir, there are tasting today, there are flavors coming from two areas. This wine is 30% from the Dutton Ranch in the Green Valley area, which gives it some briary, raspberry bright cherry and blueberry flavors. Another 50% comes from the Santa Rosa plain, which brings different flavors. There are riper characteristics, a more developed riper cherry into plum flavor. Dan Berger says there is also something subtle, which is a trace of loganberry. He also thinks it needs about 2 years in the cellar, or that it be decanted, if it’s to be drunk now.

Greg brought two modern Pinots and one old style. They make two different single clone Pinots and a Russian River one. The Russian River blend has come fruit from the warmer and the cooler regions. They do some other very small batches, 9 or 10 barrels at a time, which are specific to individual clones, such as the 2A clone. Greg Morthole describes how his job changed when his old boss Rick Sayre retired. He has taken everything he has learned from him and others.

Before Davis Bynum, Greg Morthole worked for Rodney Strong. He was a professional dancer who had a worldwide career. After that wound up in Sonoma County and got into wine. Dan Berger tells how he started with a tasting room in Tiburon, where he eventually got more involved in the winemaking and he eventually decided to move from Tiburon to Sonoma County. He was one of the first to plant Chardonnay in the mid-60s. He knew France from having been there as a dancer, and went back to learn about Chardonnay. That’s where he learned the importance of acidity in Chardonnay.