We continue our series of repeat podcasts featuring women in the wine business, while regular programming has been interrupted for Coronavirus coverage on our home radio station KSRO in Santa Rosa. This episode was recorded live on December 13, 2017. Enjoy! 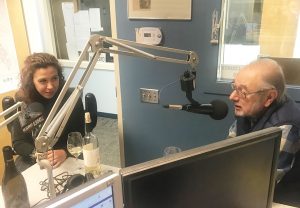 Dan declares that Lisbon is a gorgeous city and very cosmopolitan. (Your podcast editor wholeheartedly agrees.)