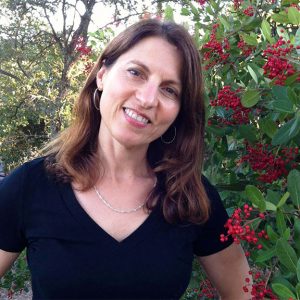 Lisa Amaroli, winemaker at Benziger Family Winery, and Chris Benziger both join Steve Jaxon and Dan Berger on California Wine Country today. Chris’ family founded the winery in the early 1970s and Lisa Amaroli has been their winemaker since 1999.

Chris Benziger tells the family story. His grandfather was a bootlegger during Prohibition. After WWII, he came back, legitimized his liquor distribution business, then Chris’ eldest brother Mike moved to California to the Livermore Valley for a winery called Stoney Ridge. They called it the reform school for grapes, they used fruit that nobody else wanted. His brother and father decided to go into the wine business and the whole family moved from New York City to Sonoma. They bought an old ranch that had been vacant since Prohibition.

Dan finds that their Sauvignon Blanc is a lot like a white Bordeaux. Lisa Amaroli says their estate properties are all bio-dynamically farmed. It has so much acid, a 3.03 pH so it needs the contact with lees to build creaminess. Dan says that SV made like this is a rare treat. Instead of green herbaceous flavors, you get stressed vines, so you get more minerality and steeliness from the variety. It’s unusual to have mountain-grown SV.

Lisa grew up in Sonoma County in a conservative family where the sons were supposed to go to college and the girls were supposed to marry. She instead went to live in Europe, lived in Heidelberg and visited France enough to fall in love with their practices of food and wine. Back in the US, a friend encouraged her to go to college and she attended Sonoma State studying Biology and Chemistry. Instead of medicine she found that she might find work in the wine business and got a job working for Kerry Damskey.  (Kerry Damskey was on California Wine Country on this episode in March of 2018.) He put her to work sampling grapes and she was hooked. She has taken lots of classes at UC Davis and has had lots of mentors over the years.

She’s glad that the Benzigers let her make their commercial brands with total trust and nothing but support. “It’s been a really great experience to be a woman winemaker at Benziger.”

They are tasting a 2017 which was a fire year. Chris lost his house to fire, but managed to save some bottles from his wine collection by throwing them into the swimming pool before evacuating.

Chris calls Chardonnay the blank canvas of wines, in that it can come out many different ways depending on how it is grown and treated.

Benziger Family Winery is well represented at Bottle Barn. Visit Bottle Barn dot com for up-to-the-minute offers and news. They have extensive choices online and offer delivery and in-person pick-up service. You can also visit the shop to browse their huge selection, in person, with a mask on.