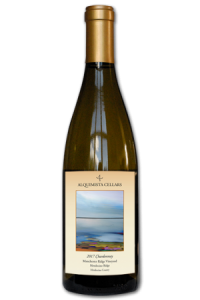 He has worked with many familiar brands, as winemaker and consultant, but more recently, he has started his own brand, Alquimista Cellars. His wines are all sold direct to the consumer. Dan Berger says that the brand has become “a great underground talking point” and that the wines sell out because Greg made them. First he identifies great vineyards, then applies techniques that are risky but he is a master at the precision he applies to his work, says Dan.

At Alquimista Cellars, Greg La Follette uses wild fermentation, and uses dairy tanks that are broad and shallow but that require a lot of hand work. He leaves his wine on the lees a long time, too. “We do a lot of hand work, very old school.”

Dan Berger says these wines are especially good for aging. He tells how some Burgundy wines that are 30 or more years old are still good because when they were made they had way more acidity than they needed and they were best left to age. Greg specializes in age-worthy Chardonnays, with the classic Burgundian style flavor. Dan says it could age a minimum of 10 years. Greg says that recently he was enjoying the 2002s from that same vineyard.

Dan says that it is a process that most winemakers would never risk, but Greg never has a problem because he knows how to handle it.

Steve reads about Greg from the Alquimista Cellars website. He has degrees in plant biology, chemistry and food science and research and experimentation have always been part of his winemaking. He also worked with André Tchelistcheff and he tells about being at the New York premiere of the documentary about him. Dan has found a great number of winemakers who live past the age of 88.  Greg wanted to be a winemaker since he was 17 years old when he would visit wine country with his parents. He had a degree in chemistry and worked in Aids research, then transferred from UC San Francisco to UC Davis and did a thesis on Burgundian winemaking techniques. 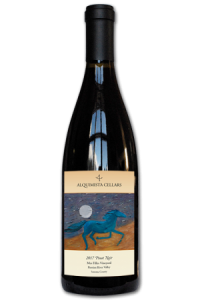 He describes a Pinot Meunier and how they make it at Alquimista Cellars. They take the tank to the Van der Kamp vineyard at the top of the hill and they place whole clusters right into the tank, they seal it  at the vineyard and take it back to the winery. Dan says that when the fermentation starts, you can feel it on the bottom of your feet. Greg says that each berry is its own fermentation vessel and you can tell when it’s time to press because the berries pop like bubble wrap.

Barry Herbst calls into the show from Bottle Barn, where they are busy since today is the day before Thanksgiving Day. Dan says that 30-year-old Napa Valley Cabernet Sauvignon has flavors of sage in it, so if you are going to rub your turkey with sage, you could serve that wine with it.

Next they taste a Pinot Noir, a 2016 Mes Filles Pinot Noir also from Alquimista Cellars. Dan says it needs at least 10 years in the cellar. Dan says most people won’t want to age a wine for that long, so the way to access its fruit flavors is to decant it for 2 to 4 hours.